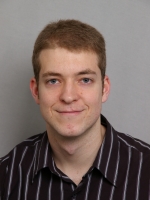 In addition to what is described here, there is already a brief overview of radar signal processing and a closely related research area.

The principle underlying the radar allows a relatively simple determination of the (radial) distance between the radar device and an object (often called "target" despite the non-military application). In order to clearly determine the whereabouts of the target and draw in a polar coordinate system in which the vehicle in the center of the vehicle is in the center, in addition to the distance and the target angle is needed.

This target angle can be determined with the help of several antennas (also called antenna array), by graphically exploiting the amplitude quotient or the phase difference. These result when the signal reflected from the target is picked up with antennas oriented in different directions or mounted at different positions. There are many different angle estimation methods that differ in terms of accuracy, computational complexity, and array requirements, among others.

Antenna design and antenna array synthesis with the aim of sidelobe suppression are also well-researched areas of research, in addition to the digital beam forming representative of the classical linear, uniform and the Dolph-Chebycheff arrays are called. The design criteria of classical antenna arrays can be considered analogous to FIR filters if one considers spatial instead of temporal frequencies. Nevertheless, the focus of classical antenna design is beamforming and not angle estimation.

One area that has so far been poorly researched is the interaction of different antenna array geometries with the various angle estimation algorithms. The goal must be to design suitable antenna arrays for the best angle estimation algorithms so that, under a variety of boundary conditions, such as clutter, noise immunity, covered angular range (possibly in several dimensions), cost, uniqueness, separability and the like, a maximum Estimation accuracy is achieved.

I deal with this problem in my research activities within the framework of a cooperation with an automotive supplier.

To the top of the page